I hate warfarin.  I know… what’s warfarin ever done to me to provoke such a reaction?  Hate is such an extreme emotion.  Some psychologists would have us believe that Hate is the same as Love.  And there are plenty of tales where the hero/heroine hates the heroine/hero to begin with, only to fall in love later.

OK – so I’m unlikely to fall in love with warfarin at some future date as I gaze at the packet of pills across the counter at my local pharmacy.  Perhaps hate is too strong.  But I dislike it utterly and completely.  It is a bloody nuisance.  And I use that adjective, not as an expletive, but in its proper vascular sense.

I’m at the GP’s surgery for a blood test.  My INR¹ has increased somewhat from its regular therapeutic value so I’m now having blood tests every 2 weeks instead of monthly.  The nurse cannot find a vein in either arm.  She stabs me first in the left; “sharp scratch” – yeah right.  The needle is stuck.  She withdraws it.  Nothing; not a squirt.  She tries the right.  Same thing.  She tries my left hand; there are lots of nerves in the hand and she manages to find one, along with the vein.  I try not to wince but she notices.  She then explains that they’ll soon have a new machine to take INR samples from a fingertip much like the test for diabetes.

That’s the ‘nuisance’ part.  The ‘bloody’ part is more insidious.

I’ve not been able to get out much on my bike (at all, if truth be known) over the winter.  So I built a bike out of bits from fleabay and other Internet auction sites, to attach to a turbo trainer so that I could pedal away in the comfort of my own home.  I made it into a racing bike rather than a ‘sit-up and beg’ by using drop handlebars.  This was done in a vain attempt to recapture my lost youth.  In fact I went a bit further back in time, and ended up using shallow drops in the style of the original Victorian/Edwardian ‘scorchers’, because I’m not as supple as I used to be. 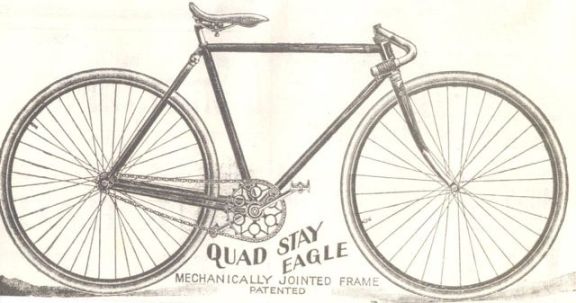 This style of handlebar is very fashionable right now with young urban cyclists. 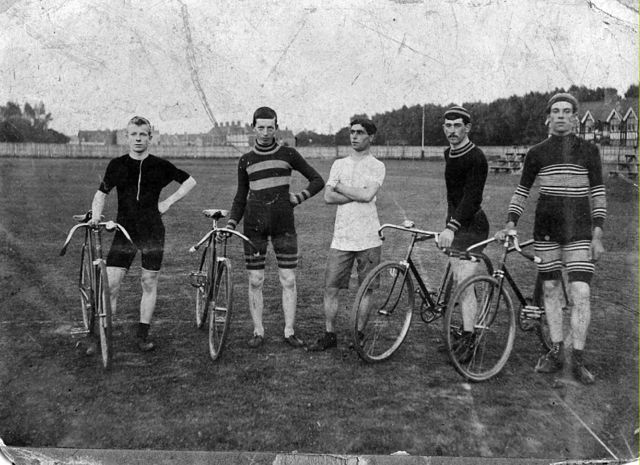 The saddle is higher than the bars which means a good deal of my upper body weight rests on my hands.  After a few test rides, my body begins to accept this radical change in posture and I no longer ache around my neck and shoulders.  But I notice bruising on my hands and arms.  In fact after one such ride a bruise forms on my left arm from my wrist to very near my elbow.  My forearm is purple and yellow.   I was wearing a wristwatch at the time and I assume the watch, or rather the strap, to be significant – perhaps trapping any blood flow and forcing it to the surface?   If warfarin can do this to the skin, what on earth can it do deep inside?

I know the answer to this one.  Two years ago, in my early days with warfarin, I had internal bleeding to the extent that I was forced to undergo the most embarrassing and painful examination known to man (any man, that is)².  The consensus was that it was caused either by warfarin or cancer of the bladder.  So I had a cystoscopy to rule out cancer.  Thankfully.

The surgery rings around teatime with my latest results.  This is unusual; it’s normally the day after the blood test.  My INR is 5.00.  This means my blood now takes roughly 5 times longer to clot than that of someone who’s not taking the stuff.  Good for preventing strokes, but not so good if I have to shave.  So I have to miss two doses (i.e. the next two days) and then reduce the dose and have further blood tests every week until my INR drops back down.

A few weeks ago I couldn’t remember if I’d taken a dose or not.  I usually take it around the same time each day – 5.00pm.  But on this occasion I just couldn’t remember.  Later that night I assumed I hadn’t, so I took one just in case.  This is not a good idea.  Better to miss a dose than take too much.  Annie reminds me that this is not the first time I’ve done this.  So now I have to keep a book and write down each time I take a pill and the dose.  Which is what is known, in medical terms, as a bloody nuisance.

¹ INR; international normalised ratio.  The rate at which blood clots when on warfarin compared with the rate for a non-warfarin person.  The higher the number, the longer it takes to clot – which is a bad thing.

1 Response to a bloody nuisance